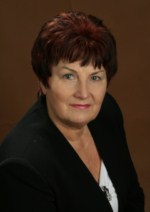 Livija suceeded in promotion of socionics in Latvia.

I am not sure, is this my fate or destiny, but socionics had fallen in my hands as from the heaven. I had not foreseen or come focused to it, although an astrologer had foreseen it in 1995. I was angry, as it seemed, how incredible things he was telling me. Horoscope announced that I will turn to science and I will leave my experience in my books for the next generation… I was unable to believe it. I took that horoscope away, I took no actions with determination.

However, all happened as it was to happen. First of all I passed “typologist practice”. It was in 1997 that I had established Dating Agency “Scarletta” and when I started to use socionics for putting couples in touch, I get convinced the first time in my life about efficiency of science. Results were astounding. Thus socionics does work!

In 2005 my first book had published in Latvian. 2000 copies were sold in two years (these sales results are great in national level). As for the request of readers I published additional copy of the book. I give thanks to Latvian media that noticed me, and had written about socionics, regardless how timid it was! An important role for promotion of socionics had played journal “Talks about that” (“Sarunas par to”) and their stuff. Many people acknowledge positive ground that journal had created for socionics and highlight how different it was among other journals.

Do you think it is self-glorification? No, it was not only I who succeeded! I highly appreciate many people engaged. I give thanks to my ex-colleague Mrs. Ilona Paica who handed socionics to me!
I had to overcome many obstacles when I had to found an editor for my first book. When my manuscript had passed into hands of the publishing house I was told, “Who will understand your Morse code? We will need one year for understanding what this book is about!” (It is due to specific terminology of socionics that had not come into Latvian). I had to found another way. I give thanks to Mrs. Inga Jeruma who did not fear and firstly get zealous about that “Morse code”, and in a half year my book was published.

I give particular thanks to all who had believed in socionics, agreed for interviews and placement of their photo’s in the photo gallery, including Mr. Valdis Zatlers (President of Latvia), and many celebrities who put their comments in section “Comments about socionics”!

Since I transfer my knowledge for new practitioners of socionics I am proud for those who continue their researches. Soon my students will publish books about socionics. I know that everyone “newbie” of socionics spread socionics to 10 and even more people. I give thanks to you, my colleagues, about this.

I am fascinated by the interest of youth in socionics – it is an evidence that socionics will not disappear! They had learned how important socionics is, too.
Even Latvians who resettled for living outside the ethnic fatherland had succeeded in creating interest of socionics. Letters had been sent to me from Germany, Sweden, England, Ireland, USA, expressing the truths about socionics

Why I am willing to promote socionics?

It is difficult to get knowledge about quadrions for newbies, but I will lead to discover this. I do represent the 3rd quadrion (“Reformators”) who value implementation of new ideas more than creatinf new ideas. Members of the 3rd quadrion do reingeneering in education and health systems…

As soon as socionics come into our society, it will result in long-awaited revolution in culture and science.

Grigory Reinin once had said:“Each new science passes three stages before comes into culture: It cann’t be! There’s something new in it! All know about it! Socionics does not make an exception. Succeeded in overcome of the first stage, socionics had not established in the third level.”

Overbold? But hopefully. And I believe firmly in it!