Home » Family and children » Dance as a part of intimacy
Post Views: 45

Mother Nature has taken care of the way how a life on earth can be preserved. The quest for a partner and closeness takes place according to the laws of Nature. However, people are able to quicken or slow down this process. For instance, within the world of plants each one radiates a special aroma that attracts insects that pollinates it. However, when a plant is put in a closed space, the pollination has to be taken care of by other means.

Humans also have a natural need for the opposite sex, however, in the choice of a partner the mind also is involved. In every culture the mind of each person is influenced by customs and traditions.

At the times of capitalism, in special boarding-schools or institutions blue-manners, gestures, pace, appropriate dressing and etiquette were taught to blue-blooded ladies. In these times, if a woman showed affection as the first, it was considered dishonour. If a woman admitted the need for intimacy, it was considered vulgar and unacceptable. High amount of marriages was made of convenience. Discussing relationship problems was not appropriate at the time, even though it was presented as a great event in the papers. The wealthy people hadn’t to work, they just had a good time from one ball to the next. On the contrary, the poor people often were left unmarried.

The next period, called socialistic system, radically changed the previously mentioned customs. Such a custom as dances was established and kept. Everyone was welcomed at the dances.

The Nature has given everyone the want to meet the opposite sex and usually everyone realizes how to do that. During this time it usually took place at dance nights. The ability to dance was self-taught in dorms, schools and boarding-schools. Everyone new that dance is a vital part of life.

During the socialistic system even grown-up woman looked forward to the dance nights, which took place in each district or in bigger institutions. Persons under age of majority were not allowed to participate and they were disciplined and held under socialistic protection. It should be noted that cases of rape and early pregnancy were a lot fewer, if compared to nowadays.

Interaction during a dance, closeness of partners and the contact played a great role. The signals perceived during the dance gave an understanding whether or not the closeness of the person creates affection. 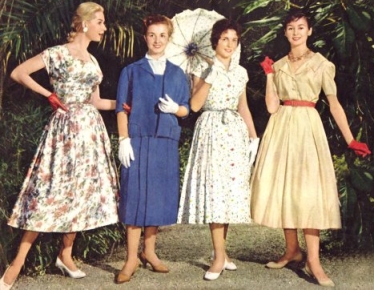 As it is reflected in movies, woman dressed up and looked forward to the dace as a celebration that. In summers, there were open-air dances until morning light. Every dance gave strength and energy for the following week. Mostly the first-love and a life-partner was found during a dance. At that time the intimacy was not shortened so quickly as it is nowadays. A couple kept hopes for each other for a year or even longer, kept off from solving problems, explanations of feelings; a man was afraid to insult the woman. Only through patience and developed feelings the love was born. This is the key for understanding, why a great number of marriages concluded at that period were long-lasting.

There was also an unwritten law that the couple had to know each other for at least a year and couldn’t have an intimate relationship beforehand. Only then there was hope that parents give a blessing for marriage. Moreover, the wedding ritual demanded that the bride must prove her honour. After the wedding night the couple was awaken by the sponsors of the wedding, and they were asked to show the sheet that would bear a witness of the virginity of wife. If there was no blood stain on the sheet, the honour of the female was questioned. Sometimes the groom even left the bride.

With regret we should admit that dance as a vital part of relaxation and acquaintance in this century of globalization and technique culture has almost been exterminated. Why has this happened?

Now, let me remind yourselves the article `The cyclical change of quadras in the world` where the ruling of a certain quadra in a culture is explained. Let me remind you that the socialistic system was ruled by the 2nd quadra, where culture, art and education were under strict and certain government rules. Those were standards that couldn’t be questioned. However, both work and relaxation were envisaged within these standards. People were asked to work, but they were also given proper time for relaxation. The 2nd quadra insists for preservation and unity of the nation, meanwhile preventing demographical crisis. During that period the culture reached prosperity, since all the expenses were covered by the government. Those were enthusiastic times.

Someone might think that there were not enough pleasures, but people tend to be disappointed with what they get. However, such an epidemic as loneliness and lack of places to meet the opposite sex didn’t appear. If there were any lonely woman than those were widows who had lost their husbands to the war.

Centres of culture haven’t disappeared yet, but they are considered as an archaic leftover. We have to agree that with the century of technique and the internet the idea of the way people get to know each other has drastically changed. People believed naively that dating has become easier and more free and they presented themselves endless opportunities.

That kind of dating will not last for ages. As the brain of a person is highly developed; therefore, the feelings developed through the internet are equal to mechanical satisfaction of needs. Moreover, the moral and shame has disappeared under the wall of internet. Partners find each other and plan a date not feeling the wave of emotions like in a dance. Their feelings are artificial, not real.

There is no doubt that a man is a hunter and he can sometimes engage in plain sex. However, a woman has the role of developing a nest and she needs a long-term relationship.

Dances were not just a formal and artificial way of developing a relationship. Everyone who wanted to feel the spirit of a celebration, ran away from everyday routine and met new friends went to the ball, and sometimes even encountered their love.

If nowadays, after meeting on the internet, someone is asked out In nowadays, it is a crazy decision to ask out someone after a meeting on the internet, for without any hidden agenda only two people meet and mostly expect something from the other one. That somehow promotes the stages of getting to know a person, that can be divided into four stages. However, on the dance-floor the dating was not aimed at a certain person. Quite the opposite, there was an opportunity to choose. At the time acquaintance and closer contact demanded responsibility from each partner.

It is wrong to assume that proper knowledge of acquaintance has been taught in school. Nature has given each person a different way of reacting to a partner, seduction technique, attitude, way of approaching someone. However, the development of technique has taken away the opportunity to show these skills and people feel confused.

At the current period the impunity has gone too far and no one takes responsibility for that. In contemporary parties, that mostly only teenagers go to, they allow to kiss, get drunk and get intimately close with even more than one partner at one night. In fact, human feelings are put on the path for everyone to step on. In numerous internet sites the loneliness and confusion is reflected in articles. Despite all, in the century of Balzac one should not expect that a cry for help out of soul can be heard.

It is interesting to see that the level of intimacy in each century is revealed through the woman fashion. A hundred and even more years ago a woman was not supposed to wear an outfit that would display her shoulders until she is married. The outfits were very long to the ground covering all intimate parts of a women and making the man wonder what is under the clothing.

At the time of socialism the length of the clothing was shortened and lower-necked outfits were worn. Then woman hid their intimate parts and just like centuries ago – they were still shy. An unwritten law still took place – a woman had to stay mysterious and shy, even though she could be flirty.

Nowadays the length of an outfit has changed to the minimum, sometimes barely covering reproductive organs. Quite often even the school girls wear clothing where shoulders and breasts are almost revealed. That shows the impunity in culture. Even though men might enjoy seeing that, they admit that having seen a lot of that during the day and being excited, they cannot get excited when they come home to their wives.

Meanwhile people don’t meet face to face and someone takes responsibility for that, there will be more and more lonely people. The biggest disaster is that mothers with children are also lonely.

After publishing this article, we got a lot of calls and some supplements were given:

Later a different idea was presented. A business woman divorced after a while and became lonely. With a great surprise she discovered that she had become a rival to the married woman in her group of friends. Suddenly she was considered as a evil-minded seducer. There had been situation, where she was addressed with an uncensored name only because the husband of her acquaintance invited her to dance a couple of dance with him. However, she had never had an aim to seduce anybody. She agreed to this article that there is not a possibility to find a neutral place where to go relax and maybe find a partner.

We also received a call from a professional dance instructor. He was thrilled to read this article and admitted that on the dance floor it really is possible to find a compatible partner. However, he mentioned that in competitive dance other criteria are taken into consideration.