Home » Perception of the world through socionics » Sociotype of Latvian ethnos
Post Views: 105 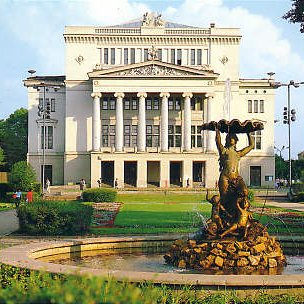 A sociotype is a type related to an information exchange; however, the exchange of information takes place not only in one person, but also in groups of society, nations and countries. Therefore, socionics cannot be equalled to psychology, since a sociotype can be determined to anything: an institution, political party, a press issue, a learning institution, political system, even a room etc. For this reason, the table of mutual relationships (compatibility table) characterizes also an individual’s relationship with the environment.

In the entire world each national territory and ethnos develop their own traditions, through whom socionics may determine the ethnos sociotype. In a certain region the ethnos sociotype develops and sustains for centuries and never changes. It can be explained with the surroundings, geographical location, religion and climate that create certain preconditions that are favourable to the representatives of particular sociotypese. The cool northern nations will never migrate to the hot geographical zones in large quantities. And vice verse, the ones who are used to a great heat won’t be able to live in our drastic weather conditions. In can be concluded, that each sociotype choose geographical environment that is in conformity with his or her temperament.

Which sociotype has Latvian ethnos?

Like in the case of persons, the ethnos sociotype is determined according to a set of certain characteristics. Dear reader, for better understanding our method, we will take a look at the dominating characteristics of the types!

For ages the Baltic States have been regarded as explicitly introverted nations that are characterized by following treats:

In comparison to other countries, with a good reason Latvia is regarded as a sensing country, neat and clean, that are characterized by following traits:

In comparison to the other Baltic States, Latvia is regarded as an ethical country possessing the following characteristics:

Concluding the analysis, we must discern one of two possible sociotypes: Dumas ISFP or Dreiser ISFJ. Let us look at Latvia according to the characteristics of quadra and archetype in order to reveal the last pair of treats.

In which quadra does the Latvian ethnos fall into?

The majority will agree that Latvia is a democratic country, where the rights of people are not under strict regulation and control, diversity of opinions exist as well as the freedom of speech, dictatorship does not exist and will never be appreciated. For us, the democracy is almost equal to arbitrariness. This fact itself eliminates compliance to second and fourth quadra. Each quadra has its own values. Let us compare the 1st quadra to which Dumas belongs to and the 3rd quadra to which Dreiser belongs to.

Although the comparison of values goes against the dominant principles of ethics, we easily can identify that Latvia fits better to the description of the 3rd quadra. Already ages ago the greatest virtues of a Latvian has been work, persistency and ability. In Latvian folk songs these particular virtues from the 3rd quadra are praised the most. The Latvian national costumes alone are an evidence and living testimony that our ancestors were able to dress up with highly developed sense of style.

In terms of joy and optimism, an average Latvian may not beat any nation that is closer to the equator. From the neighbouring nations to us, even Poles and Russians are louder and more joyful than Latvians. Regardless of nation, those people have immigrated in Latvia; are forced to integrate and adjust to the habits and traditions of our ethnos. Therefore, native Russians from Russia meet Russians of Latvia with a different attitude, as they have already changed their intonation and word order, getting closer to the Latvian.

Which archetype does Latvian ethnos fall into?

It seems like the title `Traditionalist` itself tells us that the most suitable way of behaving for a Latvian is typical for this archetype. If Latvia had a Master’s ethnos (as Lithuania has Gabin), than we would be equal to them concerning economics or even a step ahead, since we have better geographical preferences than they have now. The geography of Latvia is reflected in the national costume of each region. In comparison to Slavic ones, national costumes of Latvia are modest, with taste, and practical also in everyday use. Only a traditionalist is capable of something like that.

Taking into consideration the values of quadra and the archetype, we have come to the conclusion that Latvia`s ethnos compiles with Dreiser`s sociotype, revealing all the strengths and weaknesses. From 30 June to 7 July 2013, the 25th Latvian Song and 15th Dance festival took the place. The importance of this celebration to our ethnos is depicted in this quote:

`In occasion of XXV Latvian Song and XV Dance festival we invite all Latvians to be proud of the fact that for already 140 years Latvia holds the honour of having a worldwide known art and culture phenomenon, and anyone who is a Latvian to the core can take part in preserving and improve it`. (Dace Melbārde, the director of Latvian National Culture Centre)