Home » Sex and relationships » Quarrels are so natural for all!
Post Views: 146

These thoughts are typical for many married couples that continue conjugal life in relations that rarely are comfortable and suitable for partnership.
Every relationship may start similarly, partners look at each other and get loser, however, nowadays, in age of freethinkers, the intimacy is permissible early, especially if they have sexual excitement and conjugal life is started. Sometimes it is not even a sexual thrill, but confusion, surprise of intimacy, brought by the opposite sex. Most people would not attempt to reflect, whether it is love or just a lust.

Once upon a time a middle aged gentleman whose experience we told into into the introduction, shared us his experience.
„”In the fervor of youth it seemed to me that I had fallen in love, and we began conjugal life, children were born, we divided duties, but supposed love we had at the beginning, quickly cooled down and failed to strengthen, as I expected beforehand. Most likely, the rose-colored glasses dropped from our eyes, and many things began to annoy me to the point that I exploded in excitement. I was furious about anything what the mother of our children did or didn’t. 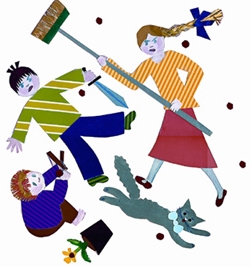 After the first child was born, we had a second one, but our relationship failed to prove. I started to reflect how do my friends and mates live in the families? Is it true that isagreements and coldness take place into their relations? It turned out that many lived like us, their quarrels interchanged with reconciliation, they give birth to children and took care for them, they worked and returned home, thus the wheel of life was rolling up and down. So, where does love flie?

I asked some questions – why and how do indifference and routine come into a relationship? Why my spouse ceased to think and care about own appearance and started to look like an old hag? Why every corner of the apartment is untidy and neglected, all things are out of proper place, care of children is omitted, and she is watching TV whenever she has a free time? As well, she missed making meals too often.
I lost even the desire to touch her, and I stopped to share intimacy with her, going to sleep in a separate room. And later I stopped coming home in duly time, often paid visits in taverns, taking an alcohol. Therefore, each time they come home, I had to listen to a long rebukes that I don’t love her enough, that she is suffering from sexual dysfunction, that for a long time we had not gone into any public place.
Sometimes even in the presence of children pieces of tableware were broken, I had experienced how does a dishcloth “smells” when reeled on reeled on my face. Many years passed, and I began thinking about why a man is submitted to experience a painful married life? Does the true love exist only in movies and in fairy tales?

So it happened that at men’s party one mate told me about something “unknown” socionics. I could not believe what I heard there. However, one, after a next home fight provoked by my «beloved woman», in loneliness I began to think about what I heard. Maybe it is worth to obey what the mate had told me at party? Actually, I examined should I pay a visit to psychologist for I wanted to learn, am I crazy or is my wife crazt, but I was too shy.
It turned out that I needed not to visit a psychologist, for I learned that I am completely normal person, however I react as my sociotype should as it was told menu an expert in this field. And it also turned out that my wife is absolutely normal woman, yet she is from “other house” which in socionics is called “quadra”. And another thing I learned through the table of compatibility that I had chosen the most uncomfortable partner in relations of conflict. 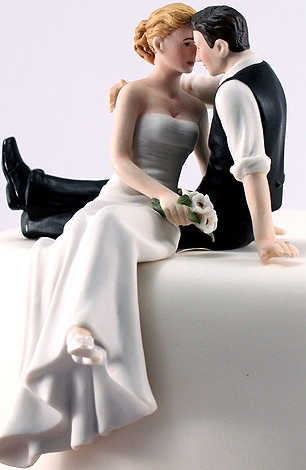 I was told, what type of woman I have to search and choose. At the first minute I was initially confused, is it really that such a grey mouse” will please me? I started a search for compatible girlfriend on the Internet. Yes, I had to read a book about socionics. beforehand. Not much time had passed, and my doubts disappeared. Fortunately I managed to find a woman from “my house!” The most interesting thing was that after a few meetings, she was such a pleasant and acceptable, even cute that I wanted to embrace her.
I felt myself as if I know her for a long time. She told me the same thing. This is me so much interested that I seemed as participant in the experiment. After all, many people had not taken seriously a search for compatible partner, they fail to listen to listen to councils and other forecasts. These small and temporary things, let us say, clothing and a new car, we are looking with total dedication, we persistently are walking through shops, going around the suburbs until we find a suitable thing which satisfies in all aspects. Usually we meet a life partner somewhere along the way. Some lucky people have happiness to find a comfortable partner, with whom it is possible to live happily ever-after, however majority like me, initially are unlucky in their search.

Believe me, looking for a partner on basis of the recommendations of science is an appropriate and reasonable thing! It has been five years that we live together, and we are happy! The scenario of relationships with my beloved absolutely are incomparable one I had experienced and felt with my ex-wife. It is an opposite. Sometimes I’ve prepared yourself for the moments, if earlier life patterns tend to repeat with quarrels and attacks by wet kitchen rag as before. Once I even tried to provoke a fight. To my surprise she laughed and with a laugh she informed that I’ve been deciphered and I purposely try to be bad, while she feels I’m not. “Don’t pretend to be the warrior!» she told me. And with a joy we embraced. Finally I am happy! And I ama able to be MYSELF!”
We know this pair, and also many that are similar to them, because the story is truthful and it was invented for the sake of advertising.
We are convinced that in the nearest future a new science, socionics, will manifest strength and eventually will become a part of the culture. Only the arise of each science in culture should not be comparable to shows that require huge and pompous advertising. Socionics is coming gradually and consistently. The time will come when people will certainly look for the compatible soulmate through knowledge of science and seriously think about creating a comfortable family.

It is easy to guess through the story that in this case a man who wants a meticulous order in the environment, belongs to sensing type in socionics. At his youth, he was attached to one of the most uncomfortable relations at the table of socionics. His ex-wife was an intuitive type. Yes, every sensing type needs an intuive type who may complement him or her, but only from own quadra. In the conjugal life under the influence of sensing husband the intuitive spouse changes her appearance, she becomes an elegant and attractive woman.

We are convinced that quarrels take place in the most of families. However, more important is the nature of the quarrel and duration of reconciliation. Usually in a comfortable relationship, which include only four of 16, there does not occur ridiculous, rude and senseless quarrels. The partners neither harm, neither hurt each other, at their interactions both easily find a compromise. In comfortable relations all masks are put away, and partners feel how they are in reality, they need not to change own personality and they don’t have to pretend to be others. In a comfortable relationship each partner boldly could become HIMSELF or HERSELF.