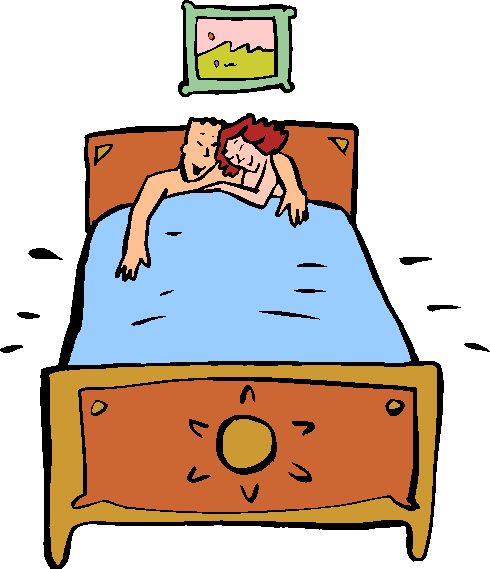 Among the sociotypes of one quadra the attitude, worldview, vocabulary, topics of discussion, interests and sense of humour are mutually comprehensible, as well as sexual compatibility. The representatives of one quadra fully understand each other that fail to happen among different quadras. In one and the same quadra the sexual games, seduction, technical moves, are acceptable and pleasant. If two people from different quadras meet, the path from seduction to an orgasm is hardly comprehensible and acceptable. This is how the stories of bed adventures come into public ears.

Socionics question the long moss over–grown view of the art of seduction and activity in sex. The seducer and initiator of sex is the sensing type of each quadra, regardless of the gender. If there are two intuitive types in a couple then the extroverted intuitive type will probably be the one to initiate something. Ethical sociotypes show great emotion during orgasm, even loud shouting. Logical types act more quite.

When people have been married for a longer time, the feelings have calmed down, there is a hormonal balance, it is important that one is a sensing and the other one an intuitive typpe. The sensing won`t allow the intimate relationship to go into a routine, because a human needs sex until death. However, in a family of two intuitive types both of them want sex and are waiting for the initiative from the other person and are mad to each other. A relationship like that grows into indifference towards one another fallowed by cheating or separation.

It doesn’t mean that cheating is not possible in a couple of sensing and intuitive types. Mostly it is an incompatible couple where partners are from different quadras and cannot understand and satisfy each other. Not only the technical rubbing, but also the orgasm is important. Often the seduction or the attempt to physical contact is irritating. Of course, also the implementation of the sex technique is unacceptable between the representatives of different quadras. We will try to objectively reveal these truths by explaining the layout of the psyche functions of a type.

It is not a secret that the compatibility in a family depends on a lot of factors – of course, spirituality, mutual interests, domestic things, children etc., however, everyone also knows that the sexual compatibility also plays a great role. A lot of disagreements can be solved in the bed, in a silent light, if there is sexual compatibility between the partners. A lot is forgiven, understood, calmly explained and the family life can continue. However, if after a night with no love and sex, the problems are discussed in a greater distance in the apartment, for instance, over the kitchen table, when forks are flying, the family is bound to collapse. There is no satisfaction in bed.

As many life processes that go through 4 stages, also the intimate process has 4 steps:

Seduction is not persistent, Dumas and Hugo can do it very coquettishly, regardless of the gender. Bragging with partners and their status is typical for the ethical type; however, jealousy has not been observed among partners. Addressing the partner with soppy names usually made up (kitty, chick, little rabbit) is common.
The physical contact starts with gentle caresses, touching each other`s skin and caressing each other as if melting in each other`s embraces. Keep in mind that to interest logical intuitive types, Don Quixote and Robespierre, the sensing ethical types Dumas and Hugo use great imagination, caresses, as well as rubbing the body against the partner’s body. Hugo is more emotional and wildly playing games until sex. Dumas may show more flexibility and creativity.
The equal and mirror relationship between Don Quixote and Robespierre is stingy and lack sincere expression of emotions. If there are a husband and a wife (usually they find each other at work), there is no excitement between them, they very slowly come to having sex, and usually it runs out quickly. On the contrary, between a Hugo and a Dumas, there is a great expression of emotions and excitements which creates `an overheat` in sex. As a result, the excitement soon goes away, misunderstandings pile up, mutual dissatisfaction and estrangement soon sweeps in. It is clearly evident that in this quadra the sex between equal or mirror partners crumbles the marriage. For this reason only the dual or activation relationship is advisable: Dumas with Don Quixote or Robespierre, Hugo with Robespierre or Don Quixote.

The seduction in this quadra is cynical, sweet nicknames are almost not used at all, it is more likely that the partner will be addressed in a vulgar nickname (for example, a Zhukov man can call his life partner Scrap or Rat). Esenin and Hamlet waits for cynicism (even asks for it), Maxim and Zhukov provides that.
Gentle caresses are not common. Partners interact by strong embraces, patting, crumpling, squeezing, and even biting.
he representatives of this quadra are very jealous and consider their partners their private property. You should not admit bragging with previous partners before any representative of 2nd quadra, as it is unacceptable there.
Similarly to the first quadra, the initiators are the sensing types. Maxim, and especially Zhukov, type of man like to have their partner by force with no preparation. As soon as he has entered a room and closed the door, he is willing to get the partner down on the floor. Esenin and Hamlet need that. Moreover, Zhukov and Maxim type of woman lead the whole intimate process accompanying it with directions (faster, slower…). They are barely interested if the partner has reached orgasm, because they think that they should take care of themselves.
From his dual Hamlet, Maxim expects stormy and dramatical emotions that she can provide. However, from his activator Esenin he won`t get that. From his dual Esenin, Zhukov expects complete giving in and obeying, but in activation relationship he has to control himself not to offend the insensitive and dramatical Hamlet, form whose emotions he could get confused. In this quadra different positions are used.
Similarly to the first quadra, here as well the equal and mirror relationships are difficult and not sustainable. The most compatible relationships: dual Hamlet and Maxim, Zhukov and Esenin, and activation – Hamlet and Zhukov, Esenin and Maxim.

Seduction is delicate, sensitive, eye contact is used a lot to attract the partner with a piercing look (Dreiser, Napoleon). The partner is addressed in a sweetened form of the name, but without exaggerations. Logical types, Balzac and Jack, may avoid using sweetened words.
As well as in other quadras, in this quadra the initiative belongs to the sensing types – Napoleone and Dreiser; however, there are differences. In a couple Napoleon – Balzac, he initiative is in Napoleons hands (regardless of the sex), but in a coupe Napoleon – Jack the initiative is in Jack`s hands. In a couple Dreiser – Jack the initiative is in Jack`s hands. On the contrary, in a couple Dreiser – Balzac the initiative is in the hands of Dreiser. In the couple Dreiser – Jack they change positions frequently, some acrobatic elements take place. The number of sex acts tends to reach a great amount.
For a Napoleon caresses are important before sex, but after orgasm he calms down easily. For a Dreiser caresses are important both before and after sex. If the partner is not so patient to continue caressing a Dreiser, it is advisable for the Dreiser to fall asleep in the partner`s arms. Usually Jack understands it without saying, but Balzac won`t even think about doing that.
SMirror and equal relationships between Napoleon and Dreiser (or between two Napoleons and Dreisers) are tempting and promising, since two sensing types have sexual compatibility. They feel each other as themselves. However, the everyday life collapses this relationship fast (since two ethical types have a difficulty getting along).
But Balzac & Jack family life is similar to work relationship, where the partners are committed to each other because of one apartment, budget, children and responsibility towards children. Sex disappears around the age of 40 and the couple continues to live a two relatives. Only if they decide to continue…
In the 3rd quadra there are advisable relations of duality: Napoleon with Balzac, Dreiser with Jack; or relations of activity: Napoleon with Jack, Dreiser with Balzac.

Seduction is delicate, sensitive and without imposition regarding the acting and looking. Spiritualness accompanies the intimacy. Sex is similar to a game, with laughs, jokes and even tickling. Partners address each other in sweetened forms of their names, often animal (dove, doormouse).
Similarly to the first quadra the ethical types, Dostoevsky and Huxley, love to brag with the number of their partners (but not the status). The seduction and dangling of a Huxley sometimes creates a misleading notion, maybe he doesn’t even need it. Also in this quadra the initiative is in the hands of the sening types, Gabin and Shtirlitz.
In this quadra for getting the partner ready some factors from aside are used like erotical stimulators – erotical movies, literature, magazines.
In the dual couple Shtirlitz & Dostoyevsky, to prepare the timid Dostoevsky woman for sex, Shtirlitz shows more energy and power, and fewer words. In the activation couple Stirlitz & Huxley the sexual tension is more intense.
In the dual couple Gabin & Huxley, Gabin uses elocution in order to save energy to prepare Huxley. It relaxes Huxley and she sees that as an art. Huxley woman are lissom in the sex games, they like embraces and practice catlike moves.
The ethical type men in this quadra consider sex as a workout for their bodies and that is why they need a sex partner on regular basis. They think that to be in shape, they have to work out constantly. The same is with the `workouts` of sex, if they don’t take place they might lose sexuality.
Of course, different couples get married and get along with partners from different quadras. The present writing will probably be of use when you can`t understand your partner in bed. It is possible to describe the relationship between any two of the 16 sociotyes, but that is a different story.
Maybe you have an interesting story or comments? We will look forward to receiving letters to our e-mail address. We will provide confidentiality and anonymity!