Home » Sex and relationships » What is love
Post Views: 157 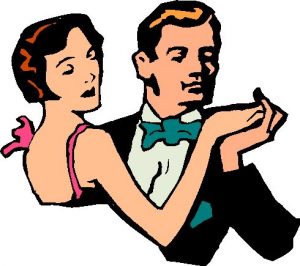 “Real love is like a phantom – everyone talks about it, but no one has seen it.”

A sage once said it and he is completely right, because everyone has their own explanation of this term. For centuries poets, philosophers and scientists have made attempts to define this term according to their own perception. Here are a few comparisons.
…love. Something more fundamental than mankind and older than the desert…
That is the cleanest language in the world. It doesn’t ask for any explanations, the same as the universe, a journey in the infinity… an unbelievable confidence that everything in this world has been written with one and the same hand… And if a love like this doesn’t exist, the purpose of life and dreams disappears. That is what Paulo Coelho writes in his book “Alchemist”.

In the dictionary of psychology the term love is described as:

Psychologist and psychoanalytic Pierre Daco regards love as giving, the act of knowledge and understanding, that reflects in the sex life, creating complete merging, giving power and bliss. Love allows to fully capture the being of another person.
Healer A. Sviyash sees love as a tool of fooling a person`s mind at a time when they have to get married with their karmic anti – pole, as well as a disease of psyche that takes away the consciousness. The interpretation on the term love is never – ending since each nation, culture and philosophy has its own understanding of it. You will also base your explanation on your personal experience and according to your sociotype.

Quite often practitioners are asked a question, “When finding out your sociotype, should the incompatible partner be changed for a compatible? And where does love remain?” As for the answer, you need not to look too far. A lot of people have experienced the misunderstandings that lead to uncomfortable interaction, when the attitude of the partner worries and irritates. Socionics helps to reveal which behaviour patterns are evident at the beginning of a relationship and which will come to the surface only after a longer period of time. This knowledge give a wonderful opportunity to find out, if the relationship will be compatible or it will fall apart after a while. You will be able to find out what you should expect from a partner in a relationship, as well you will get help in solving lifelong problems.

Frequently at the beginning of a relationship a person tries to find compelling traits in the partner. Sometimes you can notice them at once, sometimes after a while, but in some cases you may fail to see them for whole life.
When we have been mistaken in our choices, we use to blame the other person and to think, how could such a sweet and kind (imagined) person change and become uncomfortable and miserable after the wedding, that there are no chances for living together. The truth is that we should blame ourselves for taking the partner for someone else and failing to notice his or her actual self.

Often the divorced couples admit that at the beginning of the relationship there appeared doubts that nothing good will happen. Often we try to eliminate the doubt through calming down ourselves by the thought that everything will be fine and we have already gotten used to each other, time will pass and everything will be good again. And after the wedding I will tell him or her what to do!
I advise you to listen to your inner voice more often! If you found an evidence for some unacceptable traits already at the beginning that probably is a mark of incompatible relationship. If the relationship is on and off again, it is definitely a mark that you should better end it now than later.