Do we know everything about ourselves? 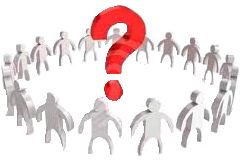 has given a lot of opportunities for human race that anyone can express own personality till perfection. It is common knowledge that a human is born with a certain blood type that never changes. A person is given a name and a last name, which can be changed even more than once. Usually a person is proud of the name and has no shame using it. However, does everyone know that each person is born with a certain code in relation to structure of psyche? This code also preserves same properties for whole life.

At home, at office, on street, in shop or in any public area we meet and deal with different people. Each person develops own communication experience, as we come into contact with other people differently. When we dislike some behaviour patterns of other people, when we are unable to understand their attitude, we may label them as freaks. However, the truth is veiled from our sight.

Socionics is a science exploring 16 different personality types (sociotypes) and relationships between them. Each sociotype has a code of four letters linked to four unalterable treats of character that enables us to create precise and trustworthy characteristics. The main advantage is that socionics ensures valid predictions of the relationships among the 16 sociotypes through description by particularities in each of them. Blood group can be identified through testing, name and last name are recorded in identity documents; however the sociotype is recorded in psyche. Since the first hours of life each person possess own sociotype that remains unchanged till the very days of life.

Founder of psychoanalysis, Austrian scientist Sigismund Freud, in the last decade of 19th century confirmed the hypothesis that human psyche is multi-layered entity. The psyche has a structure; it consists of channels through which certain functions are operated, being involved into reception and delivery of information between person and surrounding environment (furthermore called “psyche functions”). As a result, there appeared an opportunity to create a model displaying processes of psyche. The work of Freud was continued by his follower, C.G. Jung, psychiatrist and founder of analytical psychology. He confirmed the existence of psyche structure, grounded the movement of psyche functions in it that determines the formation of treats of character.

Aušra Augustinavičūte, Lithuanian researcher, decrypted Jungian work and scientific terminology, made improvements and additions. She also made supplements in psyche model that was developed by C.G. Jung. She started research of human psyche, in context with surrounding environment and relationships. Thus, she united psychology with informatics and sociology, creating a new branch of science, called “socionics”.